We need all hands on deck to give Kids Kingdom a facelift! Come for an hour or help the whole day! We’ll be pressure washing, painting/sealing, and making minor repairs.

Sponsor a public banner to be hung on lampposts around town or purchase a small banner for your yard!

Titan Garden Banners can also be purchased for $50.

RVTV — WHO Channel 13 — is coming to Downtown Rockwell City on September 11th to broadcast the evening news at 4, 5, 6, 9 & 10 PM as part of their Cyclone-Hawkeye Week coverage before the Cy-Hawk game on September 14th.

We have t-shirts for sale before the event to show off your team colors! Each shirt is $15 ($2-$3 extra for extended sizes) and comes in Cyclone, Hawkeye, or Divided colors.

Print out the order form here and return to Revitalization Committee before Aug. 24th!

Join us at 7 pm at the community center in the Rockwell City Library!

Where: Community room in the Library

Approval of notes from March meeting

-Flag Poles around the Square

President Joan Wagner called the meeting to order at 7.

Burma Shave signs — John said that they are waiting for the signs.

Dog park — The group agreed that the dog park project would be taken off the agenda due to lack of interest for the project.

Sand Volleyball — Jill talked to the City Council and they liked the idea of putting volleyball courts south of the tennis courts.

Pickleball — The city maintenance crew will paint lines on the basketball court in spring and repair lights at the court.

Flag poles around the square — Costs to buy traditional flags, metal flags, or banners need to be explored.

REC Center — Jill went over responses to the REC center survey. A core group will be formed to move forward with the project. The core group will consist of Kelly Smidt, Justina Ellis, Tyler Fistler, Jonathan Wetter, and Sara Jo Reynolds.

Fundraiser — The Revitalization account that is currently under Chamber will be switched to Revitalization and a new account will be opened for credit card/paypal contributions. The group voted that two signatures will be required for any transactions over $500 on the bank accounts. President – Joan Wagner , Vice President – Jill Heisterkamp , and Treasurer – Alyson Dietrich will be allowed to sign on these accounts.
Chuck Boyd — The group agreed that they would take all the items he is willing to put in the museum.

Summer concerts — Four dates have been set for the summer concerts. Concert dates will be May 31, June 14, July 5, and July 19.

Park entrance — Jill talked to the City Council about plans to fix the park entrance wall. The Council would like additional bids for the project.

Next meeting is May 1 at 7 at Library Community Center.

It was moved and seconded to adjourn, all ayes, meeting adjourned.

We will not be having a December meeting due to the holidays.

Please join us at Amvets on January 16th at 7 P.M.

Bring a friend and all your ideas to improve Rockwell City! 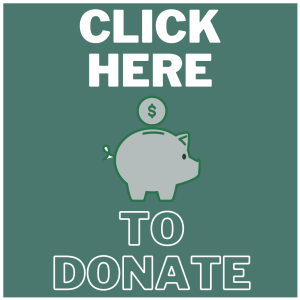 Chip In Now to Fund Our Next Project!